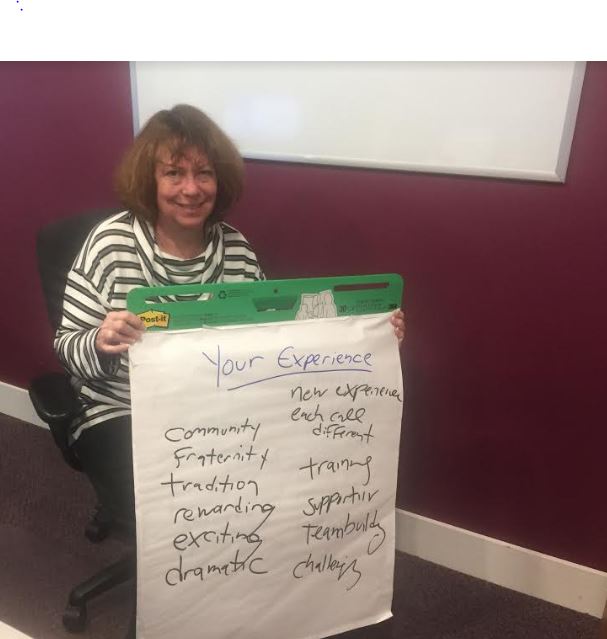 Swapping Newspapers for PR and Marketing The last couple weeks have been exciting at The Communication Solutions Group.  There’s been a lot to learn changing my focus from working as a newspaper reporter to pursuing my new position as a public relations & content writer.

Townships, school districts, business, the courts, police and fire—as an award-winning and seasoned reporter, I’ve covered them all, along with penning features on a variety of topics and profiles of politicians, judges and other famous and noteworthy denizens. My byline has appeared in The Main Line Times & Suburban, The Delaware County Daily Times, The Reporter, The Times Herald and The Times of Trenton, to name a few publications.  It was time for a change and I took the PR plunge.

My new job has its thrills. A recent visioning session that company president Leza Raffel likened to the “Mad Men” TV show, led to lots of ideas and enthusiasm for an upcoming project for the Jenkintown Fire Department.

You might think that writing is writing. But it’s not. There’s a lot of specialization.  Writing for newspapers and news websites comes easily for me since that’s what I’ve been doing for most of my career. But thinking of a brand or tagline is different.  Which word is the right word that conveys exactly what is needed?  Perhaps, there’s a better synonym or phrase?  Does it catch the eye or ear? How about some alliteration? Does it reflect the image the client would prefer?  Coming up with a brand reminds me of how I started as a writer, which was with poetry.  Not to brag, but one of my childhood poems was published in The Patriot-News, a Harrisburg paper, when I was 10 years old.

And what about press releases?  As a consumer of thousands of press releases myself, you’d think that a pitch would be easy. But it too requires thought and care.  And as newspapers downsize it’s just as likely to end up whole cloth in the paper, so that is also a consideration.

Anyway, I’m happy to be learning and applying new skills and turning over a new leaf as a new decade begins. And my husband and dog, the cutest Standard Schnauzer ever, are happy that I’m in nearby Jenkintown, not schlepping over to the Main Line as often.