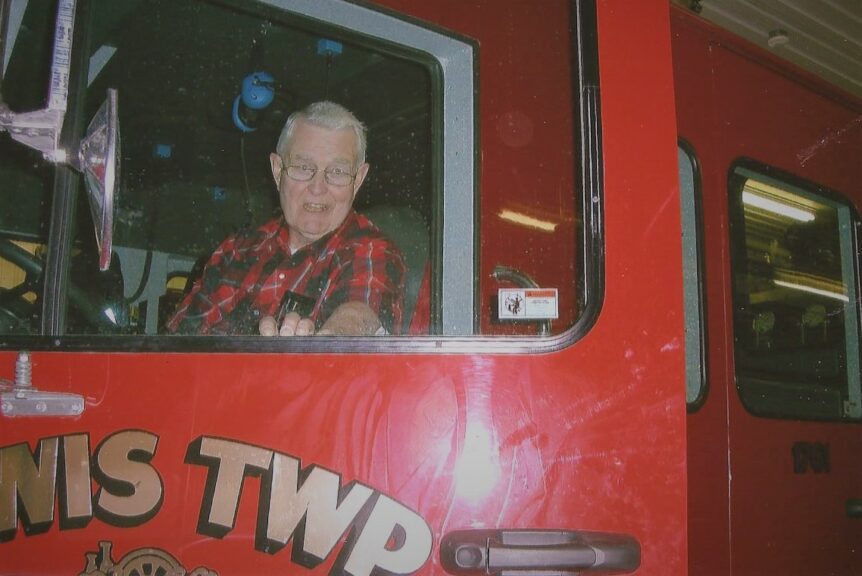 My grandfather in a Lewis Township fire truck.

There’s A Story in Every Volunteer

My grandfather’s birthday was last month—Sunday, Oct. 25. He would have turned 84 years old.

He died in March after a prolonged battle with several ailments. It broke us to see him go, but even more heartbreaking were the months before, where we saw his ability to do the things he loved dwindle. I know that tortured him, too.

My grandfather was an active man, and one of his great passions in life was public safety. He was a founding member of his township’s fire and rescue company, once even serving as assistant chief, and volunteered with them long after his firefighting days were over. He was involved in the local Community Emergency Response Team (CERT); he had the scanner near-constantly running in his home office.

And he had a compelling story. Many compelling stories, actually. A first-generation American, born to Irish immigrants, he grew up poor in first Chicago and then Council Bluffs, Iowa. Before he turned 25, he had lost both parents and his older brother. He was hard-working and sharp as a tack, putting himself through college and becoming an engineer.

I could go on and on about him. He probably deserves that—some sort of memorial novel. But this post isn’t all about my grandfather.

At Communication Solutions Group, I work with several fire companies to boost awareness and recruitment. I see Grandpa Jack when I visit their firehouses. The sounds, the smells, bring him to life once more. I see him in the volunteers and staff, from the youngest junior member to the oldest fire devotee. I see him in their camaraderie and their love of service.

And I know that if he had myriad stories to offer, so do they. 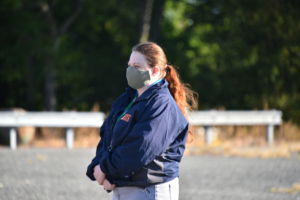 Myself on a photo & video shoot for Woolwich Fire Company

That’s one of my favorite things about media and journalism: the stories. Once you talk to someone, you learn theirs. It may take a little while to get past the initial reticence, but the words are there. And it’s an honor of mine to take those words, those stories, and share them with the world.

I wished I had delved deeper into my grandfather’s memories while I still had the chance. But I see him in the firefighters here and everywhere. I’ll pick up with them where I left off with grandpa. I know he would like that.

Because, really—there is a story in every volunteer. Help us tell yours.